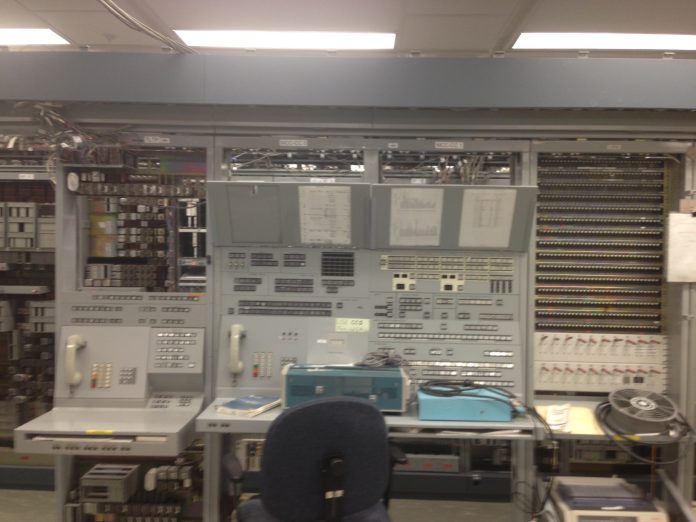 You likely know what MCC stands for if you are an electrical engineer. Therefore, I would like to briefly introduce it to those who may not be familiar with it.

The MCC stands for “Motor Control Center,” As you can guess from its name, it is used to control motors in industrial or commercial applications involving many motors. This guide is all about MCC panel.

What is an MCC panel?

As you can see in the image below, the MCC is an enormous enclosure that would house all of the motor control equipment.

There is no need for wiring since the MCC can plug in the control components. These components can be plugged in or unplugged, and thus no wiring is necessary. There would be an MCC, which would be constructed out of a bus bar and other components that would allow the motor to be controlled and the components to be arranged in an integrated panel. In addition to the MCC, there are different ways to start motors, including the DOL and star-delta starters.

Components in an MCC panel

As discussed above, MCCs can control multiple motor operations since they are composed of several components, including a motor starter, bus bar, control equipment, etc. All of these components are used to control the electric motor. They are mounted in a panel consisting of a mixture of iron metal and carbon iron.

Generally speaking, a bus bar is a bar that is made up of brass, copper, etc. and is used primarily to provide or distribute power to electrical equipment. Therefore, the bus bar will serve as a power distributor in an MCC. Using a bus bar in an MCC has the significant advantage of eliminating the need for wiring of many components, which reduces both the size and the number of parts in the MCC. The electrical equipment in an MCC can be easily connected with the help of a bus bar, which could also help locate the error. A bus bar can be easily used to troubleshoot problems in an MCC.

Overheating of the motor can be caused by overloading the driving machinery. These relays would further protect the motor from overheating. This can also occur when there is a low voltage level or if there is an open phase in a three-phase system. Overload relays will open when an excessive current is drawn for a defined time, and the motor will be disconnected from the power source. Using the relay would allow the temporary overload to occur without causing any damage to the motor while blocking the over-load that could damage it.

It may be necessary to operate the control circuit at a lower voltage than the power circuit. We can use a control transformer to reduce the voltage in this case.

A time delay relay is primarily used to provide on-delay and off-delay timing. This device can therefore be used for the automatic time setting, and this device can be combined with the other control equipment in an MCC, such as a magnetic contactor.

When a specified limit is reached, such as if there is an excess overload, this component emits a signal. For example, the machine’s rotation speed, the position of a machine part, etc., could be the limit. This device can replace a human operator and be used in situations where it is not possible to use a human operator.

Purpose of an MCC panel

The start-up of a motor is a necessary process, and it should be slow and gradual to protect the machine. Some industrial machines might suffer damage if they’re operated too fast initially instead of gradually increasing their speed.

Make sure this device maintains the appropriate operating speed and characteristics. Therefore, the motor, machine, materials, and operator are protected by controlling or maintaining the operational speed.

The MCC must be capable of providing fast stopping of the motor because the machine must be stopped very quickly in certain situations and the MCC should do this. For specific industrial machinery, emergency stops must be implemented.

Keeping the machine safe from damage is essential, as it can be costly to repair. An example would be preventing the pileups in a conveyor with a machine. The machine must perform the necessary operations to reverse, stop, or slow. The MCC must control the machine by the process.

Considerations that must be taken while installing an MCC panel

After reading this article, it is concluded that MCC can convert electrical energy to mechanical energy. It is one of the essential parts of the motor. The purpose of the MCC is to start the engine gradually Instead of starting at high speed to decrease motor damage. It can also prevent the motor from overloading.

What are the components of an MCC panel?

The motor control center (MCC) is an assembly for controlling all or some electric motors from a central location. The system comprises multiple enclosed sections having a common power bus, each section having a combination starter, which in turn contains a motor starter, fuses or circuit breakers, and a power disconnect.

Why do we need an MCC panel?