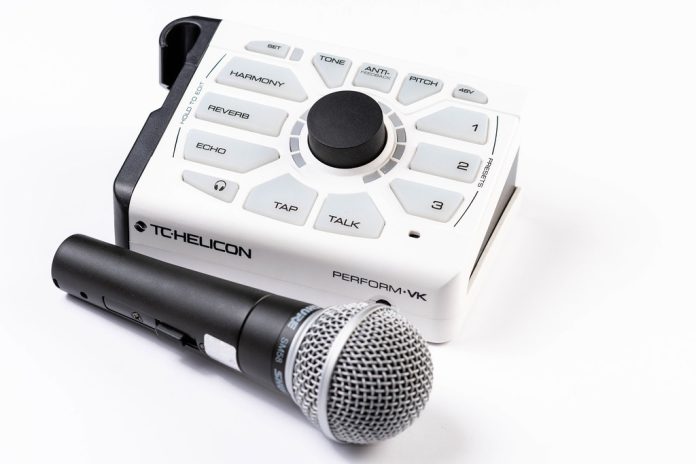 Mic echo is a problem that can occur when using a microphone, and it can cause the sound of your voice to be heard twice. This can be very distracting and make it challenging to communicate with others, so it’s essential to know how to fix mic echo if it happens.

Common causes of echo in the microphone

One of the common causes of echo from the microphone sound is due to the microphone and speakers being placed so close together. This results in the interference of the waves of the two devices creating echoes. Secondly, the presence of another person in the surrounding of the mic, when he is speaking around the mic, then echo can occur. Thirdly, in the case of video conferencing and meetings within the same room, multiple mics are sometimes left connected with one device, which can cause an echo in the system. Nowadays, the new headsets with mics have built-in echo cancellation features, which reduces the echo produced by this situation.

Top 10 best methods about how to fix mic echo?

The easiest way to fix mic echo is by switching your microphone. If you have more than one microphone, this is the first thing you should try. Even if you don’t have another microphone, you can still try it with the microphone that you do have before trying anything else. In some cases, it will go away just because of how close the original problem was to being fixed.

2. Silence yourself from the other speakers

If everyone in your voice chat session can hear themselves in their speakers except for one person, then that person likely has a mic echo and needs to fix it immediately. To do this for Windows users, click on your speaker icon in your taskbar at the bottom right corner of your screen and select “Recording Devices.”

You should see a list of microphones and speakers on your system. Find the one that corresponds to you, right-click it, and select “Properties” from the drop-down menu. In the new window, you need to go to the “Listen” tab and check both boxes next to “Listen to this device” and “Use this device as an input device.” Then click OK until you are done with all open windows

Every computer has a specific set of sound settings that determine how it works, including what kind of mic echo there is. You need to go into your computer’s system preference and select the “Sound” option to fix this. This will allow you to change all kinds of different things about how your speakers work, including if they create mic echo or not. If this gets rid of your problem, then make sure to leave them like this for good!

If everyone in your voice chat session can hear themselves in their speakers except for one person, then that person likely has a mic echo and needs to fix it immediately. To do this for Mac users, click on “System Preferences” from the Apple menu on the top left portion of your screen.

Then click “Sound” and find the “Input” tab at the top. You should see a microphone with some red bars next to it; if you click on that, then choose any option other than “Line In,” you will temporarily fix the mic echo for yourself. However, if there is an issue with too much sound coming into that channel or not enough sound coming into another one, this could lead to mic echo problems for all using your computer.

5. Check whether your problem occurs in-game

It’s easy to assume that your mic echo only happens when you use voice chat services like Skype or Curse, but this isn’t always true. If you find that the problem persists in-game, there may be something wrong with your game settings and not your microphone at all. Try disabling any voice chat features in your game to test this and see if the mic echo goes away. If it does, you know that the root of the problem is somewhere else.

6. Make sure that you’re using the correct port

If you’re using a desktop computer, then there’s a good chance that you have more than one port that you can use for your microphone. By default, most computers will use the “Mic In” port, which is usually a pink port on the back of your tower. If you’re using a laptop, then it’s likely that your mic is a part of a combo jack that you plug your headphone and microphone into at the same time.

There will be an option to switch between which one of these is being used within this port. Try switching from Mic In to Headphone or Line In and see if your mic echo goes away or not. If it doesn’t, there could be another reason for your problem.

7. Make sure that your soundcards are correctly configured

If you have more than one soundcard on your computer, then it’s possible that you need to configure one of them so that they can work together correctly instead of against each other. For Windows users, go back to the “Sound” tab in the system preference and click on “Configure” under both of your soundcards.

For Mac users, open “Audio MIDI Setup” from the Applications folder and select the “Audio Devices” tab at the top. In both cases, you will want to make sure that the soundcard that is set as your default is also set as the one used for your microphone. If it’s not, change it and see if that fixes your problem.

If you’ve tried all of these steps and still cannot seem to fix your mic echo, then it might be time to try a different app altogether. There are plenty of voice chat services on the internet that doesn’t require any installation or downloads, so trying one of those could be a quick fix. If you’re a fan of gaming, then Discord is a great option many people use. It’s free, easy to use, and has a wide variety of features that can be tailored to your needs.

This step might seem a little bit excessive, but it’s something that you should do regularly anyway. If you have any dust or dirt buildup on your microphone, it could be causing your echo problem. Use a soft cloth and some isopropyl alcohol to remove any excess particles to clean them. Be sure to avoid using anything that could potentially damage the microphone, like solvents or cleaners.

10. Test your microphone in a different environment

Finally, try testing your microphone in a different environment if all else fails. Maybe the issue is with how your room is set up and not with the mic itself. Try going to a friend’s house or into a public place and see if the echo goes away. If it does, you know that there is something wrong with the way your room is set up, and you’ll need to take some additional steps to fix it.

Read more: An Epic Guide For Top 12 Best Methods About How To Fix Earbuds That Work On One Side?

Why does the microphone echo?

There are several reasons why your microphone might be echoing, but the most common one is that something is wrong with your settings. You can try some of the steps in this article to fix the problem, but you might need to get a new microphone if they don’t work.

What should do if the microphone still echoes after trying these steps?

If you’ve tried all of these steps and your microphone is still echoing, then it might be time to try a different app or service altogether. There are plenty of them available online, so find one that fits your needs and gives you the best possible experience.

Where is the pink port on the back of the tower?

The pink port is located on the back of your tower, typically in the red section right next to where it says “Audio Line Out.” There will be an option that lets you switch between which one is being used. Try switching from Mic In to Headphone or Line In and see if your mic stops echoing or not.

Get Exposure – How to Earn Powerful Income with the Help...