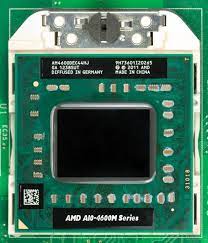 The AMD Ryzen 7 CPU is the AMD equivalent of the Core i7 processor. There are several high-performance CPUs in this group that provide a good amount of power, with up to 8 cores and 16 threads and the option to overclock them. You’ll almost certainly be looking at Intel and AMD’s high-end offerings when you build a PC for heavy lifting and professional work.

AMD Equivalent to i7

The AMD processor equivalent to the Intel Core i7 is the Ryzen 7 series. Both of the series have their own set of processor lineups with modern industry designs and numerous features. Most processors of the Ryzen 7 series technical specifications are similar to that of Intel processors. However, only the technical specifications are the criterion to judge the quality of the casing. The Ryzen lineup for processors has the following models: Ryzen 3, Ryzen 5, Ryzen 7, and Ryzen 9 series, which are counterparts for Corei3, Core i5, Core i7, and Corei9 processors made by Intel.

The advantage of AMD Radeon on over Intel’s HD Graphics is that it has a dedicated Graphics Processing Unit. AMD refers to its 2nd generation Ryzen Processors as APUs, they come with integrated VEGA graphics, and these APUs outperform Intel’s integrated graphics in every test.

The high-volume devices from AMD and Intel are both designed for high performance. In particular, Intel’s Core i7 series is top-rated. With AMD’s recent rise in popularity, people often wonder what AMD’s Core i7 equivalent is. If you’re considering a Core i7 or a Ryzen 7, your decision will be based on what specific features you need, your budget, and the components you already own, such as your motherboard.

In contrast to Core i5 or Ryzen 5 processors, the Core i7 and Ryzen 7 CPUs are reserved for power users who multitask or use software that scales well with multi-core performance.

When upgrading your gaming PC, investing in a new CPU can make a huge difference. You need a high-quality processor unit in your computer since it interprets program instructions and controls subsequent activities. Among the most recognizable CPU names globally, AMD and Intel have been battling for years to gain an advantage over each other.

Our expectations were high for AMD’s Ryzen 7 series, announced as a high-end processor aimed at gamers. What is the performance difference between it and the Core i7, and which CPU family has the secret to improving game performance even more? To determine which CPU series to choose for your next CPU upgrade, this article analyses architecture, cores, clock speeds, and threads, as well as multitasking capability.

AMD Ryzen 7 vs. Intel Core i7: What’s the difference?

In terms of frequency, the Intel Core i7 performs better than the AMD Ryzen 7. The CPU beats AMD CPUs even at maximum overclocked speeds, which is helpful if you’re wondering how overclocking affects it. There is not much difference in frame rates between the Ryzen 7 and Ryzen 9 processors since the Ryzen 7 has a higher clock speed than the Ryzen 9. This frequency can be raised to 4.4GHz or 4.5GHz by overclocking. The Ryzen 9’s boost clock speed increases from 4.6GHz/4.7GHz when overclocked? Will that make a difference to gamers?

Intel’s i7 outperforms both Ryzen 7 and 9 families thanks to a base clock speed of 3.8GHz and Turbo Boost capability of 5.1GHz. Game frame rates are improved, but does this offset the lower thread count and reduced horsepower? On the other hand, GPU-dependent games such as On the other Cry 5 and Ashes of the Singularity may not show much difference, while higher frequency CPUs significantly improve gaming. In this round, Intel’s Core i7 finished higher than AMD’s Ryzen 7, so Intel came out on top.

The topic of multitasking will be discussed in greater depth later, but before diving into threads and cores, we must understand what this means for CPU performance. In other words, you can run more programs simultaneously if your CPU has more cores. Ryzen 7 CPUs are equipped with AMD’s simultaneous multi-threading technology, which can support both 8 and 16 threads per core. Similar technology, such as multi-threading, has been used in Intel’s hyper-threading processors to boost performance to a level of more cores than the CPU has. However, the Core i7 series, with only eight cores and eight threads, is the less powerful.

Despite the Ryzen 9’s additional cores and threads (12 and 16 respectively), AMD’s Ryzen 7 CPUs offer significant advantages over earlier models, such as the Ryzen 3, which was limited to four threads and four cores. AMD’s Ryzen 7 CPUs outperform Intel’s i7 series, so AMD gets the nod for this round. While it is true that there is some impact on performance from the number of cores, gamers will benefit more from an increase in single-core clock speed.

With Ryzen 7, we have a new generation of CPUs that utilize the Zen3 architecture, which offers significantly faster clock speeds and a large cache than previous generations. AM2 chipsets are also backward and forward compatible with current and future motherboards.

In the 10th generation of Intel Core i7 CPUs, the Ice Lake microarchitecture is used, which means that the CPUs are significantly faster than previous versions based on the Nehalem 45nm design. Despite this, Ryzen 7 still leads thanks to its more significant cache memory.

Which should you choose?

The Ryzen 7 series has been at the top of the computer processor charts for a relatively long time because of the advancements made since the Ryzen 5 series. That is until AMD released their Ryzen 3000 CPUs.

The Core i7 processor, which provides tremendous performance for multitasking and gaming, has also been ranked highly. Despite not being nearly as powerful as the i9 family’s ultimate monster chips, they offer plenty of gaming power at a lower price. Since the Ryzen 7 series is the more expensive of the two families we looked at, we’d expect the Core i7 to beat it in every round.

That wasn’t the case, as you can see. AMD Ryzen 7 processors have a higher thread count, more cache memory, and better multitasking capabilities than Intel Core i7 processors. Dedicated gamers should consider the Ryzen 9 series processors, which cost more than the entry-level prices of the Ryzen 7 series.

With all of that, what AMD processor is equivalent to the i7? The answer depends on what you want from your CPU, and you will be able to find a decent CPU for your gaming PC.

AMD’s processors outperform Intel’s only in terms of TDP and manufacturing process, with 35W more power than Intel’s CPU and 12nm vs. 14nm for the Core i7-9750H. It also has more cache, with 4MB than the Core i7-9750H.

What is Ryzen 5’s performance compared to Intel’s?

As an alternative, 1600’s single-core performance falls 25 percent, and quad-core performance drops 33 percent below the similarly priced i5-7600K, which has six cores. 1600’s multi-threaded performance is 75 percent higher than Intel’s quad-core i5 flagship. We’ve never seen a six-core processor like the Ryzen 5 1600 for this price.

Which graphics card is better, AMD or Intel?

Which generation is better, the 8th or the 10th?

How Refurbished Servers Are Tested Before Use?

How to Remove Write Protection on Windows 10?

Top 5 Frontend Frameworks You Need to Know in 2022

Top reasons for selecting ionic for your mobile app development

ABOUT US
Explore techpufy.com at your leisure. Find a lot of useful articles on our site about technology. We provide quality content. Feel free to contact us with any questions or comments.
Contact us: admin@techpufy.com
FOLLOW US
© Copyright 2021 Techpufy All Rights Reserved
MORE STORIES
PC Builds

What Is Carpal Tunnel? Interesting Information About Carpel Tunnel Keyboard