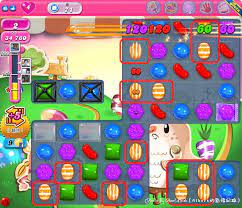 Candy Crush is one of the most popular games out there. The game is available on iOS, Android, and PC and is played by millions of people worldwide. If you enjoy challenging puzzles or want to pass the time, Candy Crush will be a great fit for you. The game has become immensely popular, and people are curious how many levels there are in Candy Crush Saga.

The game has become insanely popular, and people are eager to learn everything about it. We all have too many things to do and not enough time in today’s world. It is also rapid and easy to learn, so that’s why we all love Candy Crush so much. There may, however, be some confusion about how many levels there are in candy crush if you’re starting. This fantastic game comes in three different versions, and each has a different number of levels. In this article, you will learn how many levels are there in candy crush?

In 2012, Swedish developer “King” came up with the tile-matching puzzle game Candy Crush. Goals such as scoring a certain number of points within a fixed number of moves must be met by the player. To play them, players swap two adjacent candies among several on the board to make rows or columns of at least three matching candies. For every move left in the round, players gain more points the more matches are made.

When playing, the board may contain “power” candies, which have special abilities that can be activated by crushing them along with nearby candies of the same color or color group. For example, the color bomb candy provides players with eight surrounding candies, each matching color. Level completion order is essential, as it affects your overall score and how many stars you earn on that level.

How many levels are there in candy crush saga?

An indication of the complexity and difficulty of a game is the number of levels. Candy Crush also gives you an idea of how much time you’ll spend playing! As the level increases, it becomes increasingly difficult to match candies and remove them from the board. If you are using the HTML5 version of Candy Crush Saga (Android, iOS, Facebook), there are currently 10220 levels, and there are 10325 levels if you are playing the Windows version.

Due to new episodes and updates, some users have more levels than others. New levels are added to the game every Wednesday, so if you haven’t played in a while, there’s more fun to be had.

If you want to unlock more episodes in candy crush, you need to know the different types of levels. Among them are Jelly, Ingredients, Candy Order, Mixed Mode, and Rainbow Rapids.

This level type requires that the player clear all jellies on the board and do so a certain number of times.

Different types of ingredients can be seen on the board. These ingredients must be arranged vertically or horizontally in parallel lines with at least three like-colored candies. The more ingredients you include, the higher your score will be!

The player has to collect specific candies listed on a board to complete this type of level.

The levels of Jelly and Ingredients will need to be completed together in one go!

You need to clear the path for collecting rainbow candies as they move toward the exits in this type of candy crush level.

Furthermore, you will find some levels that don’t belong to any particular category and require you to collect a certain number of items or score as much as possible within a set number of moves.

As you proceed through the saga, new levels are added every Friday. Join millions of players worldwide in playing candy crush if you love a new challenge and hours of fun!

New players can also enjoy endless hours of entertainment by playing candy crush with millions of others worldwide!

Candy Crush Dreamland was a separate world from the original Candy Crush game. Dreamworld can only be accessed after reaching level 50.

Has anyone completed Candy Crush?

After you’ve completed all the levels in Candy Crush Saga, what happens?

Candy Crush Saga sends you a congratulatory message when you complete all the levels. It takes a week before you can play new levels added every week.

Both games are different from one another. Though they share many similarities, they differ in levels and gameplay, so you should play them separately to enjoy their unique features fully.

Is there a leaderboard for Candy Crush on Facebook or online?

The game can be played on Facebook, and your scores can be compared with those of your friends. You can also look at the profiles of some of the top players to see how they did in comparison to yours!

2012 Trends in Sports Marketing and Sponsorship