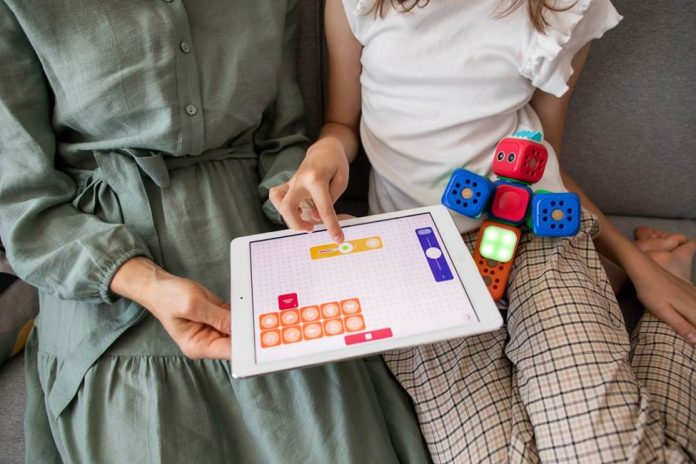 Games are crucial for a child’s healthy development in early infancy and beyond. Children can practice what they know and don’t know via play. Through trial and error, they may experiment to solve issues, figure out the most effective tactics, and develop new confidence and abilities. The development of a child’s imagination, skill, physical strength, cognitive ability, and emotional stability are all enhanced by playing games. As a result, individuals are more inspired and prompted to learn, pay attention, and engage in assigned tasks. The development of a healthy brain requires to play. Play is the primary way young children connect with and engage with the world. Several games feature pointless commercials and completely divert the child’s interest and enthusiasm, which merely helps them spend their spare time. Our incredible collection of ad-free games will allow your child to play without interruptions.

This side-scrolling browser game in the pixel art style is a modern iteration of the well-known side-scrolling games from the late 1980s and early 1990s! The gameplay is meant to be difficult, and as new playable characters are unlocked, Alyse, the resident gaming lady at Game Start, jumps in to repair problems. Still, she needs your assistance to solve the mystery! To access new stages and bosses, you must battle through foes who get harder as you progress. To gain more pals to help Alyse fight this evil figure, achieve high scores, and accumulate stars. It is also available on Android, IOS, etc.

Usually, kids are fond of car racing or fighting games. Simon Tatham’s Puzzles is a mind-opening game that helps kids use their brains to solve puzzles. It is a compilation of 40 logic games for lone players. It is free, ad-free, and offline playable. You’ll never run out of puzzles since all games are generated on demand and have configurable size and difficulty. The gameplay is quite simple; using the hints about the number of adjacent edges, design a single closed loop. To satisfy the clues and prevent like poles from contacting, position magnets. The map should never have contiguous parts that are the same color. Without setting foot on a single mine, locate them all. It is also available on Android and things.

Have you ever considered your reliance on electricity in your day-to-day activities? Our society has swiftly advanced since the discovery of electricity at the end of the 1800s. OHM – A Virtual Science Centreprovides you numerous information about slick graphics and energy that kids will enjoy. You will learn how energy functions and how it is applied in this game. OHM is a fascinating choice for you and your children if you want to learn about energy and electricity.

Today’s youth enjoy music to relieve stress or simply for enjoyment. Cytoid gives you a fantastic opportunity to produce music that suits your tastes. Various note kinds can be used to write your music. When circles appear, all you have to do is tap the screen. You also have to glide your finger along the indicated line. It is available on Android.

A unique fusion of endless runner and platforming gameplay may be found in Fast Like A Fox. Endless runners are popular among mobile gamers since they are simple to pick up and play for a few minutes or even hours while traveling. What about an infinite runner where you can control your character’s speed and the number of collectibles you must pick up along the way? Fast Like A Fox makes this specific claim. You have to repeatedly tap the phone’s back to make the fox run, unlike most endless runners where all you have to do is tap to jump. You can complete each level faster by tapping more quickly than he runs. It is available on the google play store for free. It is available on Android

An arcade game is called sports pop. It offers frantic, ad-free gaming to give kids constantly high-quality pleasure. The game’s gameplay is rather straightforward; you have a finite amount of time to click on the matching footballs, and the more you click, the more points you receive. You might encounter a bomb to bust all the balls and replenish them. You can access this game at the  Unlimited Games Mo-The Honest Opinion related to the joy of online gaming is what you will get to discover. The players always admire such kind of ad-free gaming as it provides them with a non-stop and distraction-free environment to complete the game levels.

The factory-building game genre took off due to Factorio’s phenomenal success. These games offer effective crafting techniques and the potential to construct automated crafting machines, even though the specific mechanics vary. The tower defense subgenre with this compulsive formula by Mindustry to produce an explosive gaming experience. Although the aesthetics aren’t particularly intricate (isn’t that a trend for this review), the distinctive gameplay makes up for it. Even better, you can participate in single-player and multiplayer games. If our summary didn’t spark your interest, Mindustry might be challenging for a beginner. Combining factory builders with tower defense mechanisms doesn’t make things any easier because factory builders tend to grow out of control. But for fans of the genre, nothing is more exhilarating than seeing your deftly built defenses annihilate invading waves. It is available on Android.

Adventure point-and-click games used to be a rather common gaming genre. While interacting with the environment and solving riddles, you roamed a vast 2D area. These games have a calmer pace, rarely seen in a contemporary RPG title because the emphasis is less on combat and more on the overall adventure. However, the emergence of the independent gaming scene has given the stale industry new vitality. The majority of these games are on the PC, but there are also some excellent releases for mobile platforms. Frostrune is a stunning point-and-click adventure game with a compelling plot and numerous riddles. By drawing on Norse mythology, Frostrune creates a captivating and ominous realm. It is available on Android

Gamers have always enjoyed collecting uncommon cards, creating custom decks, and using them to dominate their opponents completely. And it’s now easier and quicker than ever to get into this kind of gaming, thanks to mobile devices. An intriguing notion drives Underhand, a deck-building game that is entirely free to play. Despite the presence of Cthulhu cultists, Underhand is a fun and surprisingly complex card game with a wide selection of cards available. You are attempting to summon the Ancient One as the head of a Lovecraftian cult. Be prepared to lose entire evenings in your search for the ideal deck because there are no bothersome pop-ups to interrupt your concentration. It is available on Android.

Children must play games to hone their organizational, planning, and social skills. Play also improves language, numeracy, and social abilities and helps kids deal with stress. As parents, we frequently emphasize video games’ risks more than the advantages. But since playing these games is a common aspect of modern youth, it’s important to recognize that they may be an effective tool for teaching certain practical skills.

Knowing their advantages can help educators look for methods to augment classroom instruction, parents select acceptable leisure time games, and game developers construct educational games. The ad-free games described in the article above are some of the best choices for entertaining your youngster and imparting valuable time management skills simultaneously. We hope this post is helpful to you and that it will spare you the trouble of having to look for top-notch games for your kids.

PS5 GPU Equivalent: All The Interesting Information You Need To Know