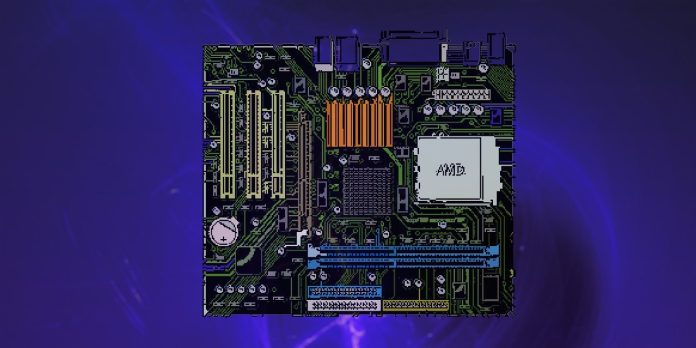 The computer Motherboard is the central part of any computer system. It has a Processor, Memory Module, and other components. Computer memory or RAM chips are installed on this board for temporary data storage before processing. This board also contains a hard disk interface, CMOS battery for maintaining BIOS settings, USB Ports & other critical drives installation slots, etc.

The expansion cards are connected through slots provided in the Motherboard to control peripheral devices like monitors, keyboards, etc. This board plays a significant role in computing technology. It stores all computer programs, performance monitoring settings, and data, so it is essential to know about different types of Motherboard. The Motherboard is the electronic circuit board that holds many of the critical components for a computer. The features typically include CPU, memory, graphics card, sound card, and much more.

It was once said that ‘The chip-set makes the computer’ – this is no longer than you can now build your PC using just about any wanted parts together with the correct sockets on the Motherboard to plug them into. This means that there are many different types of motherboards, each made specifically to work with particular processors or improved features that solve specific problems.

Computer motherboards are mainly classified into two main groups: AT & ATX motherboards. They are also known by other names, including Baby-AT, Small Form Factor (SFF), and Micro-ATX (MATX).

The original IBM PC system unit defined the first version of the AT motherboard that was about 16 square inches or 127 square cm (8.8 square inches or 52 square cm for each expansion slot). It used a card connector, an edge connector, which plugged directly into the Motherboard. The connectors were spaced one inch apart from center to center on a 0.1-inch grid allowing expansion cards made by different manufacturers to be plugged in at right angles to each other.

It typically held 68 chips and had three memory banks for a maximum theoretical RAM size of 256 KB, although few people could afford this that time – another reason why the IBM PC was so popular.

The AT Motherboard became the industry standard for all IBM compatible PCs until 1997 when, at IBM’s direction, their new PS/2 line of computers were released with the minor Micro Channel Architecture (MCA) bus slot rather than the industry-standard ISA bus slot.

ATX motherboards are the most common form currently used today since it is more recent. The first main difference between an AT and an ATX is that its slots are spaced out further apart on a 0.8-inch grid allowing only one expansion card to be plugged into each slot, unlike earlier models that allowed two cards to occupy one place each. Also, there are no longer any parts of the Motherboard covered up by expansion cards on this model as there is also a more extensive back panel connector.

The first computers to use the LPX form factors were IBM PS/2 Model P70 and Model P75, which used a modified Micro-Channel bus slot. The ISA bus was still around, but it existed mainly to connect peripherals such as printers or network interfaces to easily be connected without having to open up the case every time you wanted to change something.

The BTX (Balanced Technology Extended) standard defines a new motherboard design with improved airflow and thermal management over current ATX boards – this makes it much more energy-efficient and helps it run cooler. However, another key difference is in its x16 PCI Express graphics slots, and these are one of the reasons this new technology has been conceived.

As ATI Radeon R420 was released in 2006, two revisions were made in 2007 and 2009 by Intel Corporation to refine the design. The Pico BTX (form factor specification) is an improvement over the original Balanced Technology Extended (BTX) architecture by adding additional voltage regulator modules (VRMs).

In this section, we are going to discuss motherboard selection. This is a vital part of the computer building process and should not be taken lightly. Many people build a new system and stick in what they had from the old machine, yet buy a “new” cheap pre-built system with few problems. If you’re going to put time and money into building a truly custom design, you should get just that: a genuinely customized PC that will last you for years. Building PCs can become very addicting if you let it! Ok, enough chit chat let’s get down to business.

What are my goals? Do I want maximum performance? Maximum expansion? Maximum compatibility? Will this be a high-end gaming PC? Will this be used as a workstation for design and animation? Is this home theater PC or HTPC going to be hooked up to my 50″ plasma TV? What is the budget?

At first, some of these questions may not make complete sense, but if you spend just a few minutes on each one thinking about them, things will start to fall into place.

Also note: If you are looking at doing SLI or Crossfire shortly, make sure your Motherboard has the right PCI lane (2×16 or 4×8) slots that will support your two or 3+ graphics cards. Some higher-end boards require you to use specific PCI lanes for SLI or Crossfire, but not all motherboards do. It is recommended to read the manual if you want to run multiple graphics cards in the future.

Form Factor (ATX, mATX, etc.): Do you want a standard ATX full-size motherboard or something more compact like an mATX board? There are benefits and drawbacks to both. Mini-ITX is even more popular now, with companies like Shuttle making some charming systems based on this form factor.

My advice would be to figure out what type of case you’re going to use and match the size of your Motherboard to it or vice versa. If you have a substantial entire tower case, go for ATX full size to fit all those hard drives and extra cards inside. If you plan to put your system into a small form factor (SFF) case like an Antec NSK2480 or Silver stone FT03 Mini, then mATX with dual slot video cards will be exemplary.

i3 – no integrated graphics, only two memory slots for DDR3 memory i5 – same as the i3 except with a graphics controller built into the processor. It is meant to be used with high-end video cards, so PCI lanes are designed for specific high-end SLI/Crossfire configurations. i7 – Has all the bells and whistles, including eight GB RAM support, HD4000 Integrated Graphics, which will playback HD 1080p movies without any problems, PCI lanes configurable for SLI/CrossFIRE support & onboard USB 3.0 support if your board supports it.

Today, the AT form factor is considered obsolete and replaced by a smaller version known as Micro-ATX. Meanwhile, with the introduction of new energy-efficient BTX motherboards in 2006, manufacturers have started to produce computer cases that can accommodate both types of Motherboard as well as adding an extra PCI Express x16 graphics card slot for those already using this type of PCIe expansion slot on their pico or nano BTX motherboard.

What is a computer motherboard?

A computer motherboard, also known as a system board or mainboard, is the primary circuit board. It holds most of the essential components of a personal computer, such as the central processing unit (CPU), memory modules (RAM), storage devices, and add-on cards. A typical ATX motherboard measures approximately 30 x 24 cm, but smaller mITX and larger ATX motherboard designs are available today.

Where can I find information about my computer’s model number?

Every manufacturer has different ways to refer to their model’s numbers. Some companies will have model numbers with up to 20, while others may use letters and numbers. For instance:
Dell: OptiPlex 780
Hewlett-Packard (HP): ENVY 4 Notebook PC

What does a computer motherboard do?

More than just providing physical support for other components, the Motherboard plays a crucial part in the data transfer and regulation between connected hardware components such as The central processing unit (CPU), RAM modules, graphics cards, and other peripherals such as storage and input devices like mice and keyboards. Different important roles include regulating fan speeds within the case or power supply unit and supplying power to connected hardware components.

Get The Best Services of Professional Web Designer and Developer Delhi, India,   

ABOUT US
Explore techpufy.com at your leisure. Find a lot of useful articles on our site about technology. We provide quality content. Feel free to contact us with any questions or comments.
Contact us: admin@techpufy.com
FOLLOW US
© Copyright 2021 Techpufy All Rights Reserved
MORE STORIES
Motherboards

Get The Best Services of Professional Web Designer and Developer Delhi,...