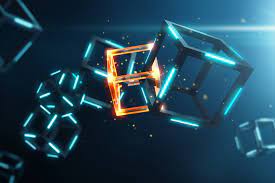 Blockchain advertising has become an important part of promoting any kind of business, and it even helps the data market grow. Advertising is worth a lot of money, and it is on track to reach $120 billion in the US by 2021.

No matter what a business sells, they can’t do business if they don’t reach their target audience. This is where advertising comes in. Brands like Google depend on the information they get from their customers, which can be used to send ads to the right people. Unfortunately, there are a number of problems that make it hard to reach the right people.

A blockchain platform is a digital ledger that can’t be changed and keeps track of all the transactions that happen on the network it supports. It has already been called a new technology that will change the way a number of different industries work. Digital marketing may be one of these ledger technology industries, as is now clear.

Since bitcoin came out a few years ago, there has been a lot more talk about blockchain, which is the technology behind most currencies. There are already more than 2,000 different digital currencies, and each one has its own projects and ways to use it. Blockchain is interesting because it can be used in so many different ways. In advertising, a blockchain development company would be able to target the users on its network without letting bot activity grow. It could also change the way advertising is done by making it more open and private.

How can the Blockchain be used by Advertisers?

Most of the time, blockchain can be used to improve how digital ads are run and how publishers and distributors are paid. When put to use, the technology can make the following things better:

Advertising is a big part of popular platforms like Twitter, and they have reported a bot problem that they are working hard to fix. Twitter has already started making plans to use blockchain technology to solve this problem.

A 2017 report called “What Happens Next: How to Stop the Rising Tide of Ad Fraud” says that ad fraud cost the world up to $16.4 billion in advertising revenue in 2017. Unfortunately, if nothing is done to fix the situation, this number may keep going up. There are several things that make blockchain a good way to stop fraud, such as:

Overall, because all transactions are public, blockchain systems make it hard to cheat. Also, blockchains don’t have a single point of failure, which makes it hard to break into them. This could protect advertisers and publishers from cybercrime and save them a lot of money each year.

Platforms like Google and Facebook have recently been criticized for how they share information about their users. Because these platforms make a lot of money from advertising, they collect information about their users to better reach the right people. Unfortunately, this could feel like an invasion of privacy to many users. who would rather have more control over how their data is collected and what it is used for.

Usually, businesses that run digital ads on larger platforms like Google and Facebook have to pay for this service. Blockchain is a way out for them. Since the information stored on blockchain networks is encrypted in different ways. And it can only be unlocked with the owner’s private keys, users still have control over their data. Because of this, advertising data will no longer need to be gathered with the help of middlemen. These blockchain platforms put consumers and businesses in direct contact with each other.

Smart contracts are lines of code that are spread out across a blockchain network in the form of apps. They are made so that parties can make a binding agreement based on their terms. Conditions can be things from the outside, like a price point, a set of obligations, or a set amount of time with an end date. Since transactions on the blockchain are easy to check. Smart contracts can’t be faked and everyone involved can keep track of the transaction.

These contracts can be used in any system, from voting to app subscriptions and digital marketing. They handle the process of exchanging money, shares, or other valuable assets and help advertisers avoid lawyers and other middlemen.

This will make B2B cross-promotional marketing more effective, since marketers, writers, bloggers, and even social media influencers sign new contracts every day. In the end, if a business breaks a contract, it will protect itself and save money and time.

There are many ways that advertising isn’t clear, like when platforms show advertisers false metrics. For example, a platform could say that each ad it puts out will be seen by millions of people. Usually, there would be no good way to check this information and find out the truth.

This makes it easy for platforms to steal money from businesses by putting up fake ads. But because a blockchain stores this information in a way that can’t be changed, it’s easy to check.

Advertising will always be important to business because most people won’t buy something if they don’t know why they should. But like many other industries, it needs a technological change that will make it better for everyone involved. The Blockchain is everywhere, as it is used in logistics, operations, security, blockchain game development and many more practical areas. Blockchain not only makes the process of advertising simpler, but it also makes it faster, safer, and more open. As this new technology keeps getting better, there will be more stable versions of it that advertisers may find more useful.

Apart from that if you want to know about then visit our Business category.

Is the Acer Chromebook Spin 713 the Right Laptop for You?